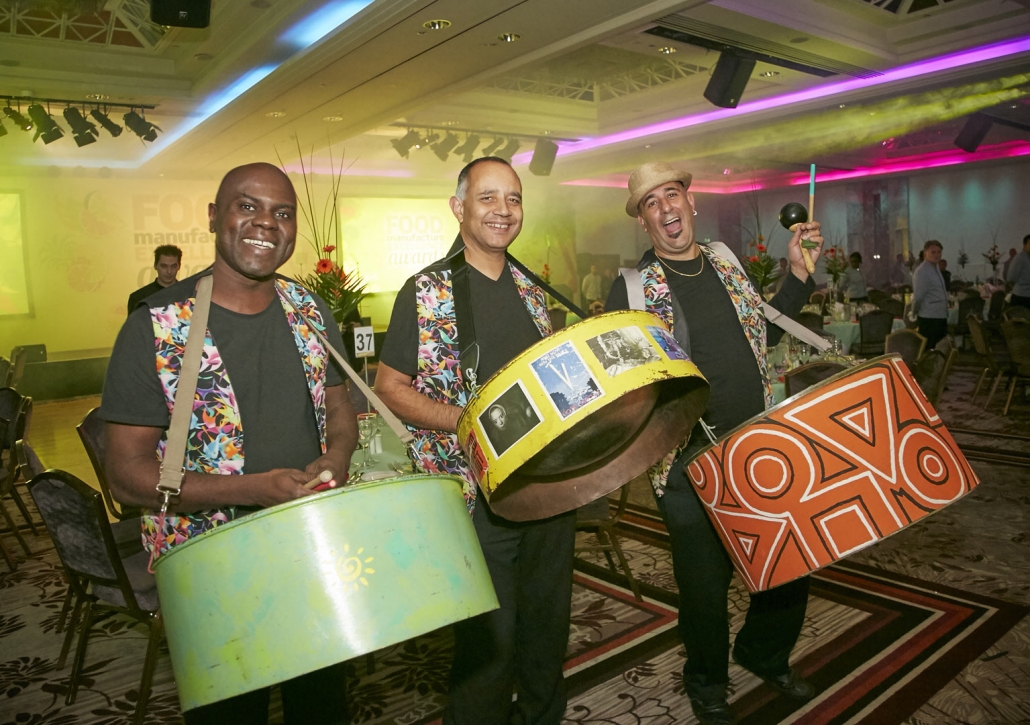 There’s no better sunshine music than the intriguing and unique sound of steel drums in a band. One of those bands that you might be calling ‘steel drum bands’.

But please stop to think about just where the musical style of these so-called ‘steel drum bands’ came from.

Steel pans also known as ‘steel drums’ or just ‘pans’ sound amazing when collectively played with multiple musicians. But the name of these musical group is ‘steel bands’ and not ‘steel drum bands’. Why? because that’s what they call it in Trinidad and Tobago, where the steel pan originates.

The steel pan is a folk instrument that’s earned international respect. But in spite of this, people still use the wrong words to talk about it. The pan is the national instrument of Trinidad and Tobago, so it is important to use Trinidadian terms.

Back in the 19th Century, Trinidad had many sugar plantations. Colonists brought slaves over from Central and West Africa to work on them. These Central and West Africans brought their music to the island. As a result of this, drums and singing were a big feature in relegious ceremonies and celebrations. The slaves also used drums as a method of communication.

The colonists believed that drumming was used to organize riots and uprisings. Because of this, the colonists banned drum parades towards the end of the century. The slaves adapted to the new rule, and found a loophole. They used bamboo sticks to beat out rhythms. Tamboo bamboo bands, as they were called, would beat out rhythmic music using the sticks.

The first steel drum was invented during the second world war. The tamboo bamboo bands made the move to steel because metal was stronger and louder than bamboo. The very first versions of the steel drums were paint and biscuit tins!

After beating junk metal containers, they discovered that dents and bulges of various sizes in the tins made sounds of different pitches. Musicians tuned the tins by hammering different sized dents. The first steel pan bands played many different melodies.

Steel pans made from steel drums

The modern pan is a chromatically pitched percussion instrument made from 55 gallon oil drums.

The term ‘drum’ refers to the steel drum containers from which the pans are made. The steel drum is more correctly called a ‘steel pan’ or just ‘pan’ as it falls into the idiophone family of instruments. Thus, it is most definitely not a musical drum which is a membranophone.

The pan is struck using a pair of straight sticks tipped with rubber; the size and type of rubber tip varies according to the range of notes being played on any particular pan. Some steel band musicians use more than 2 pan sticks, sometimes 3 and even 4 to simultaneously play more notes for more complex harmonising.

Sheet metal with a thickness between 0.8 and 1.5 mm is used to make steel pans. Originally, steel pans were built from used 55-gallon oil barrels or drums. Nowadays, many instrument makers do not rely on used steel containers and get the resonance bodies manufactured according to their preferences and technical specifications.

In a first step, the sheet metal is stretched into a bowl shape (this is commonly known as ‘sinking’). This process is usually done with hammers, manually or with the help of air pressure. Secondly, the note pattern is then marked onto the surface, and the notes of different sizes are shaped and molded into the surface. After the tempering the notes have to be softened and tuned  for the initial tuning. The pan maker will then use the best possible tuning device to get the right pitch for each of the playing areas allied to the note that is wanted. Often they will use an electronic tuner called a strobe tuner to assist the tuning process.

The size of each note corresponds to the pitch—the larger the surface area, the lower the tone.

The size of the instrument varies from one pan to another. It may have almost all of the “skirt” (the cylindrical part of the oil drum) cut off and around 30 soprano-range notes. It may use the entire drum with only three bass notes per pan, in which case one person may play six such pans. The length of the skirt generally corresponds to the tessitura (high or low range) of the drum. The pans are usually either painted or chrome plated. Other processes such as nickel plating, powdercoating, or hardening can also be applied as a finish.

A pan player is sometimes called a ‘pannist’ or ‘panist’ in modern day Trinidadian society, but these recent terms are very much efforts to lend respectability to the instrument. They sound way too ‘scientific’ and far too similar to the term ‘pianist’. Outside of the world of classical music those who play piano prefer to be called ‘piano players’ sooner than ‘pianists’. To call oneself a ‘pianist’ sounds pretentious and deeply ‘uncool’, so by that measure most players who actually play pan for a living- like those in Solid Steel- would prefer to be called ‘pan players’.  Furthermore, older terms that were used in Trinidad like ‘panman and ‘panwoman’ do not belong in a gender-inclusive modern world!

Influential pan players in the early history of this instrument include Ellie Mannette, the “Father of the Modern Steel Drum” and an accomplished musician, and Winston ‘Spree’ Simon, the inventor and a skilled player of the “Ping Pong” pan. He’s the man widely credited with playing the first recognisable tune on a steel pan and you can read more about him on this ‘steel drum band’ website.

Pan players in Trinidad and Tobago generally do all their practicing and playing with their steel bands in preparation for performance in competitions, the largest and most famous one being ‘Panorama’ which takes place annually pre-Carnival. Most players generally memorize the musical parts that they practice in preparation for that performance with no reading of charts involved. Those pan players that have more musical knowledge are likely to have more senior positions within the band.

The most important figure in a steel band competing at a Panorama is the arranger. It is his musical ideas that need to be communicated to the band and the majority of points awarded to  the band are based on judgements of the quality of the arrangement of a Panorama tune.

Amongst the pan players themselves, the top position in a Panorama steelband is that of the captain, but these large ensembles often also include section leaders who are accomplished pan players that monitor the tonal sections in the band.