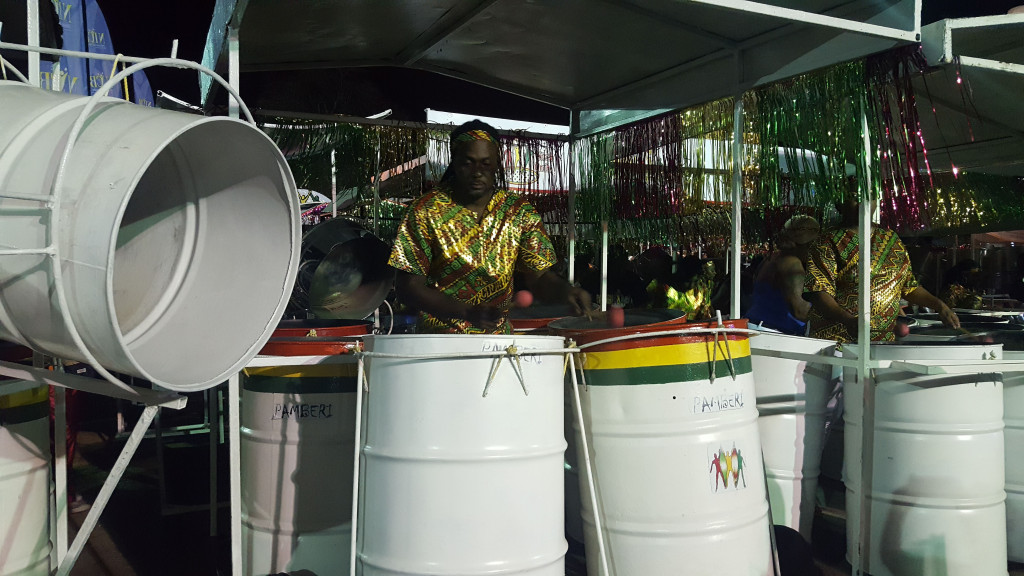 What are the very best names for steel pan bands, I wonder?

‘Invaders’, ‘Desperadoes’ and ‘Renegades’ are all favourites of mine, because they are authentic. They also reference a past when the Western was a much loved cinema genre in the Caribbean. But you just might have misunderstood my question…

More and more people currently are searching for ‘steel pan bands’ online in the UK. Why is that so? Because perhaps, during this pandemic people have felt they missed so many of the associations of a British summer? Hearing live steel pans aka steel drums in a band is one thing that people expect in a normal summer. Now music lovers are desperate to return to some kind of normality. Well that would be the reasoning here.

Holidaying in the Caribbean looks like a pipedream for Brits right now- even those who can afford it. Why not just have a barbecue in the garden with a Caribbean theme and hire live Caribbean music? That would certainly be a cheaper alternative!

After all, there’s no music that better evokes sunshine than the unique sound of the steel pan in a band.

However, there just might be a far less flattering reason for the growth of that ‘steel pan bands’ search. A reason with roots that lie in a basic lack of knowledge. You see, many people don’t know either the correct name of these instruments or the correct term for a band of musicians playing them.

So I thought a guide to the language the players of these instruments and their fans use might be useful. I mean, who wants to sound like an outsider, right?

Anybody searching music online using the terms ‘pan’ or ‘pans’ is hip! ‘Hip’ or whatever word we still consider ‘cool’ to use in 2021, that is.

‘Steel pans’ or ‘steel pan’ might be necessary if you’re not going to return results for kitchenware, however.

But it’s true to say that in the country where they come from the people simply call these instruments ‘pans’. The people there will even tell you that they love ‘pan’ or that they play ‘pan’. They also use the terms, ‘steelpan’ and ‘steelband’. Not only are they referring to the instrument or the band but the whole musical culture that surrounds them.

‘Steel drum’ or ‘steel drums’ merely refer to the steel drum containers that pan makers we call ‘tuners’ make pans. Originally these steel drums were 55-gallon oil drums that tuners then crafted into steel pans . It is only after hammering and tuning steel drums that they became finished musical instruments called steel pans.  These instruments are tuned to Western scales and are able to play any kind of Western music whatsoever. The finished pan instrument is part of the idiophone family of instruments and so not a drum which is a membranophone. To clarify, because we hit them, both a pan and a drum are percussion instruments. But, most importantly, a steel pan has no skin!

No doubt you’ve heard the interesting range of notes on steel pans played in a live band before. But have you ever stopped to wonder from where these musical instruments originate?

Back in the 1800s, the island of Trinidad in the Caribbean was a sugar plantation society. Colonists brought slaves from Central and West Africa to the Caribbean to work on these plantations. The slaves’ music came with them and drumming and singing were commonplace. This was a big feature in all religious ceremonies and other celebrations, as well as a method of communication.

But eventually the colonists became concerned that the drumming was actually a means to organise riots and uprisings. Hence, they banned all drum parades towards the end of the century. After this, the locals used bamboo sticks to beat out rhythms in musical groups later known as tamboo bamboo bands. However, the authorities banned these too in the 1930s because rival bands would often clash and fight in the streets.

Nevertheless, the first steel pan was invented in Trinidad at about the start of the second world war. The tamboo bamboo bands had already made the move to steel because metal was stronger and louder than bamboo. Consequently, the first versions of the steel pan were paint and biscuit tins!

Following that, pioneer musicians discovered that dents and bumps of various sizes in steel could make sounds of different pitches. This was the start of them tuning them up so that they could play melodies! Historians credit Winston Spree Simon as playing the first tune on a steel pan made from an oil drum. You can read more about him on the TriniSoca website.

Having given the term ‘steel pan’ our approval, you are now wondering what we call a band playing them. Some of you have now dismissed the term ‘steel drum bands’. As well you should. It’s very popular in the US. Unfortunately, because of this it is in common use across the internet. But ‘steel pan bands’ is not much better really. The correct term is ‘steel bands’.

This is the name people who play the instruments and their audiences use in Trinidad where the invention originates. To call them anything else outside Trinidad is to accept the Euoropean and American cultural imperialism that the internet encourages. Which is deeply ‘uncool’, I think you’ll agree.

‘Steel bands’ and ‘steelbands’ are acceptable terms. Although widely used, even in Trinidad, ‘steel orchestras’ is not. It’s pretentious. There’s no such thing as an orchestra with only one type of instrument. An orchestra is a group of instrumentalists that combines string, woodwind, brass, and percussion sections and plays classical music.

To conclude, the very best name for ‘steel pan bands’  is ‘steel bands’. Stick with that and musicians like myself who play steel pans in steel bands like Solid Steel will be happy. As will the good people of Trinidad- its cultural home. 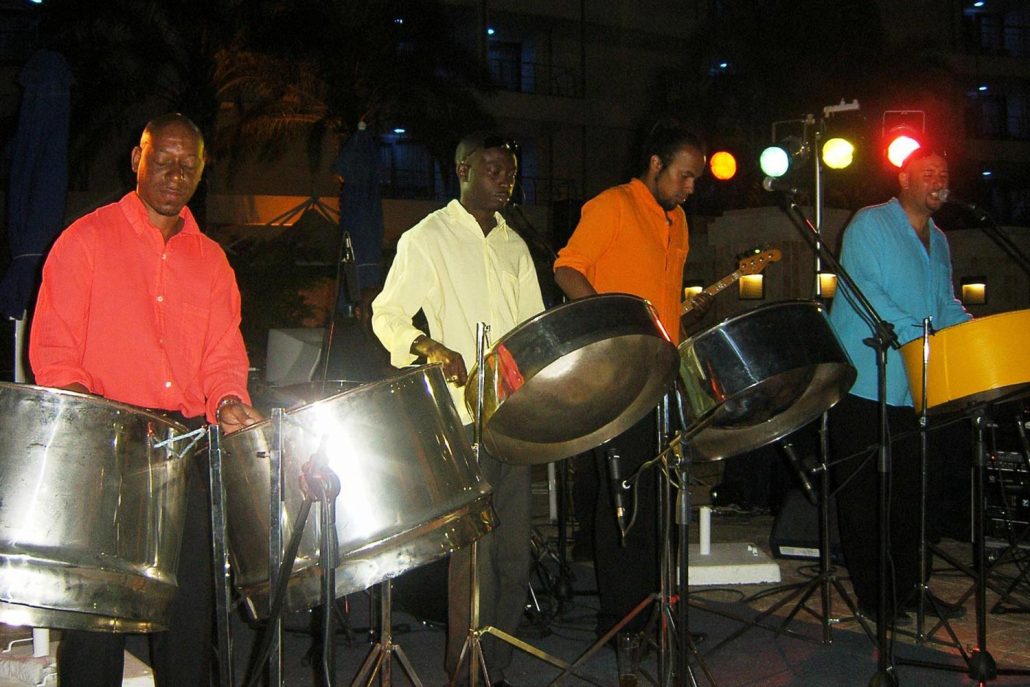 Steel Drum & Band History
Scroll to top
We use cookies on our website to give you the most relevant experience by remembering your preferences and repeat visits. By clicking “Accept All”, you consent to the use of ALL the cookies. However, you may visit "Cookie Settings" to provide a controlled consent.
Cookie SettingsAccept All
Manage consent